Morgan: "First and Last of the Real Sports Cars”

“Of the dwindling number of car companies that today constitute the British-owned motor industry, the Morgan, still built in Malvern Link, reassuringly remains a model of consistency and tradition1. For this is a marque that has been in the ownership of the same family since 1910. Tradition is also underlined by the fact that these sports cars are still built by hand in the factory which has been Morgan's home since the early 1920s.

The first of the line was the three-wheeled Runabout. At the heart of the appeal of these three-wheelers was an ingenious sliding-pillar independent front suspension system, a concept that survives on two Morgan models to this very day. It was used on the four-wheeled 4/4 of 1936, from which the current Morgan four- and six-cylinder lines - not to mention the Plus 8, from 1968 through 2004 - take their mechanical and stylistic cues.

Even before the Runabout entered production, 'HFS'- the company's founder - ran his prototype three-wheeler in a sporting event, and competition has remained at the very heart of the Morgan's appeal from that time onwards. Another important aspect of the Runabout was that a proprietary engine powered it. Wisely Morgan has never succumbed to the lure of producing a bespoke power unit. 'HFS' and his successors have left the cost of designing, manufacturing and developing an engine to outside suppliers, whereas many long-forgotten contemporaries embarked on a contradictory route to their cost.

It can therefore be seen that Morgan is still very much in business today because of the engineering abilities and financial sagacity of its founding father. The three-wheeler, born in those days before the First World War when motoring was in its infancy, was destined to survive, in essence, until 1952.

But it says much for the pragmatism of 'HFS' that with the dawning of the 1930s he recognized that the trike's appeal was dwindling, and in 1936 introduced the four-wheeler 4/4 derivative mentioned above. As a concept it is visually and mechanically perpetuated in the most important current Morgan product lines.

In the years after the Second World War, son Peter Morgan took over the running of the company, and oversaw the introduction of the upgraded Plus 4 which replaced the 4/4, as it was by then rendered, in 1950. The latter model was revived in 1955 and has benefited from successive Ford engines ever since.

Peter Morgan carefully nurtured a business which was widely regarded as manufacturing outdated products, at a time when demand from America was crucial in maintaining production. Fortunately there was a dramatic turnabout in the 1960s. It was then that customers, 'both in Britain and Europe ', began to respond to a car with its appearance and manufacturing methods so clearly rooted in pre-war days. Before long there was a waiting list, numbered in years rather than months, for the Malvern-built Morgan - a wait that has only abated, on the company's initiative, in recent years.

In addition, Peter Morgan successfully saw the Plus 8 into production in 1968. Powered by Rover's versatile Buick-based V8, it was destined to be the most enduring four-wheeled model in the company's history, and survived for a total of 36 years.

Although a recent Plus 8, discontinued in 2004, is instantly recognizable as the car that Morgan announced at the 1968 London Motor Show, the model underwent considerable alteration and refinement over the years. With its 36-year life, it was built in larger numbers (some 6,000) than any other Morgan.

As with so many Morgans, the Plus 8 came about because of a change in the requirements of the company's engine supplier. When the supplier changed to in-line six-cylinder engines, it turned out that those would not fit under the Plus 4's bonnet. This presented Morgan with a major problem. After some failing experiments, thankfully, fate intervened. After an almost unbelievable chain of events, Peter Morgan secured access to a V8 developed by Buick and manufactured by Rover. 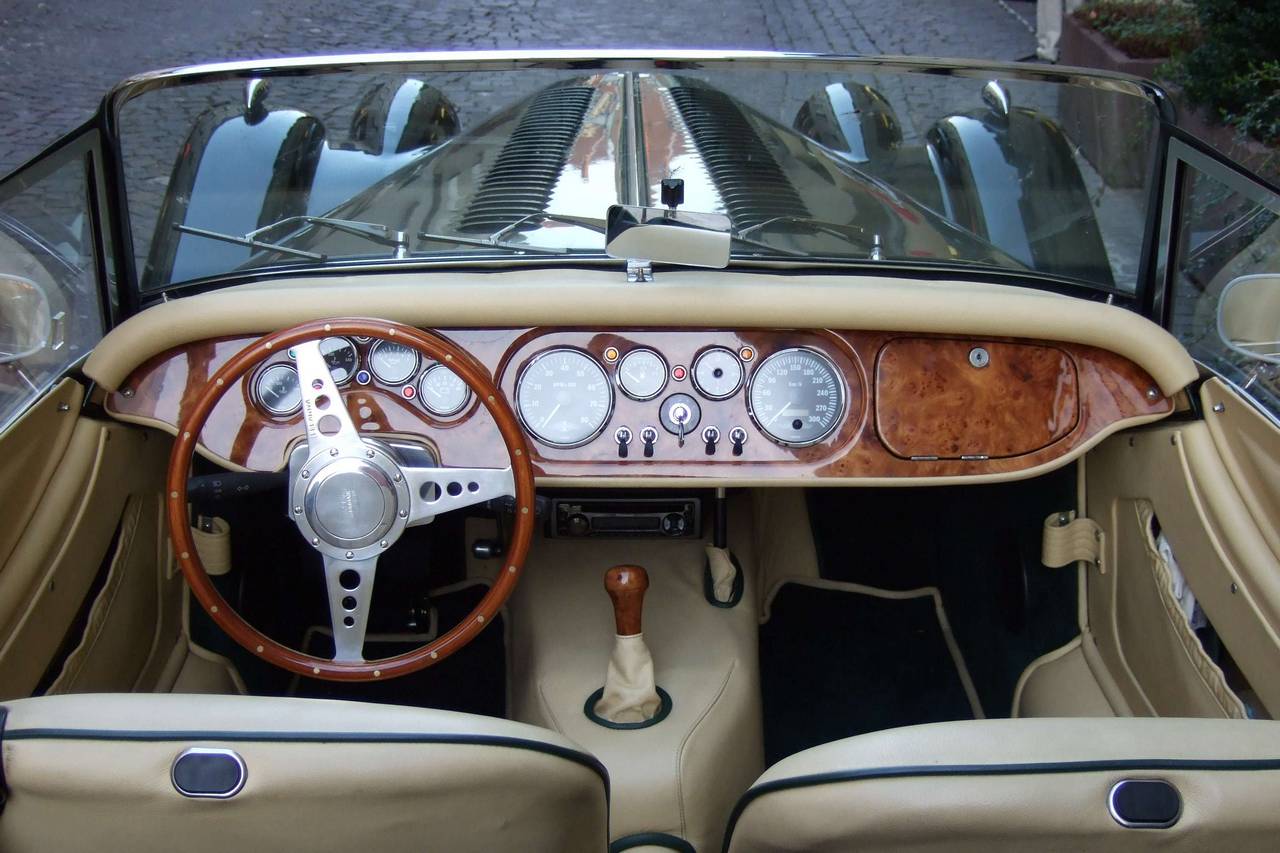 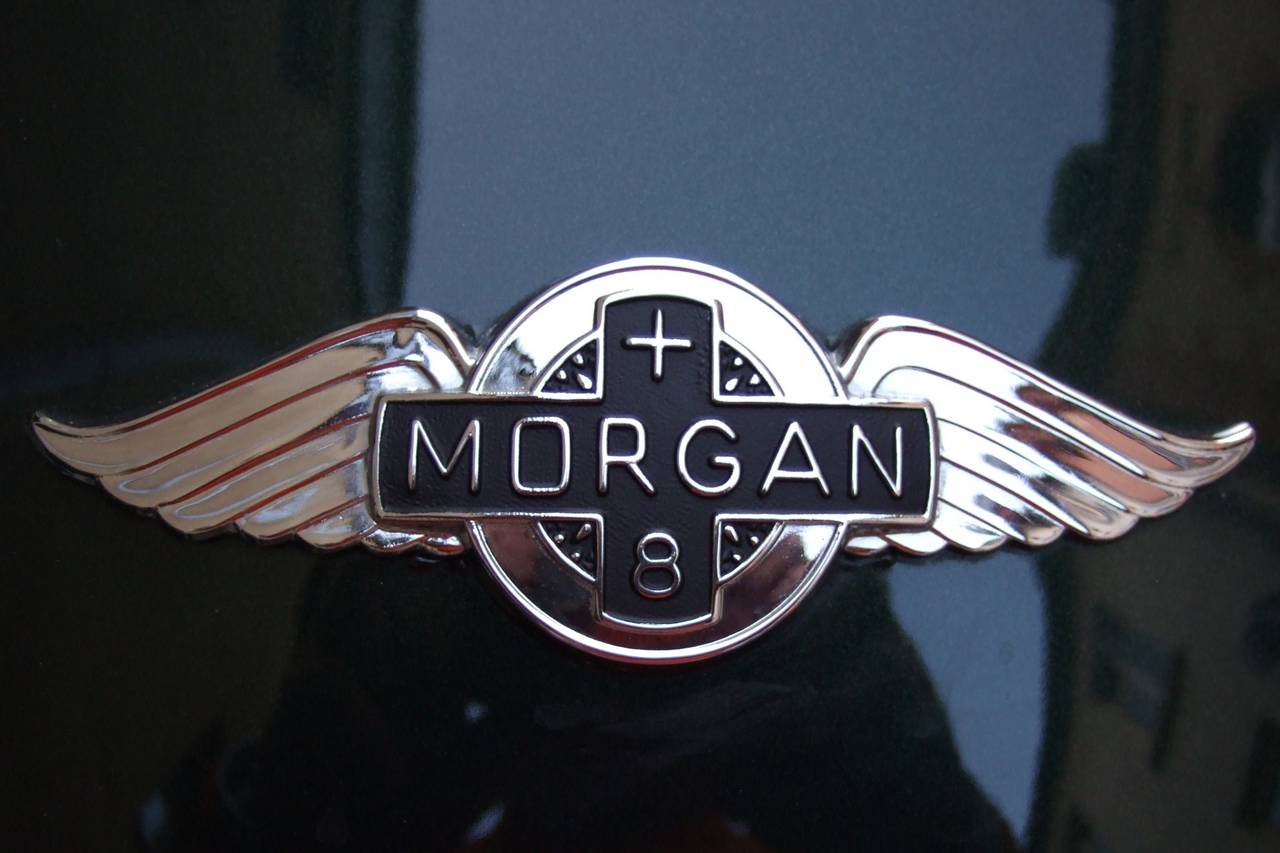 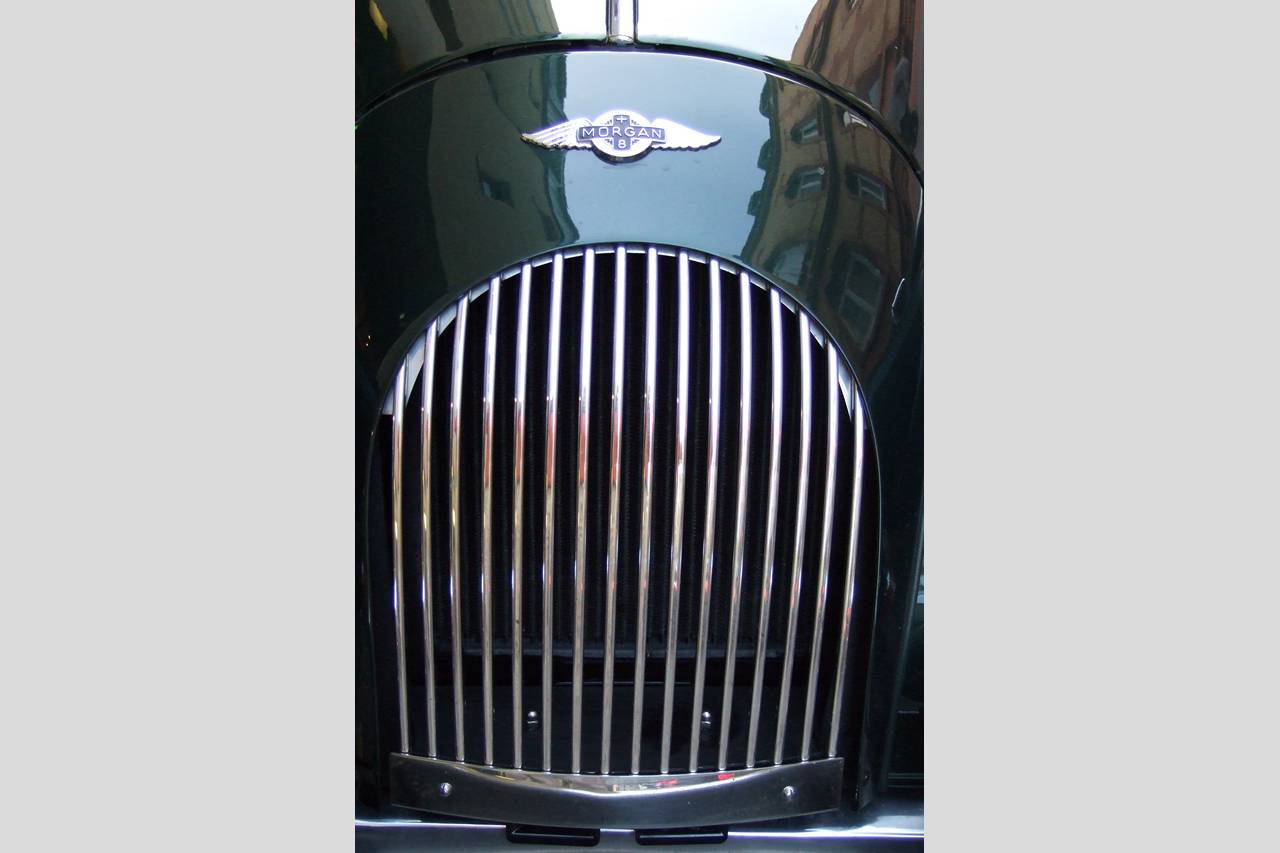 After a number of adjustments, the V8 engine appeared a remarkably good fit beneath the Morgan bonnet, despite its bulk. One careful modification was however required at Morgan's Pickersleigh Road factory so that Rover's circular air filter would fit beneath the bonnet. A wooden block was placed directly on the top of the cover which was then smartly whacked with a hammer to produce the necessary indentation. Necessarily, nowadays there are reports about owners who worked hard to restore the air filter of their early Plus 8s, only to realize that, as the outcome of their diligent work, these pieces won't fit beneath the bonnet anymore.

So tight was the installation that another modification was to remove an elliptical section of front wing to accommodate the alternator. In these circumstances it will come as no surprise that the unit can be the very devil to change. The cooling system was also a squeeze. The presence of an electric fan wasn't the only reliable source of trouble; instead, there also wasn't room for a radiator header tank so a separate reservoir was used, positioned between the radiator and the engine.

The drivers of the first models still had to lubricate the independent front suspension every day by pressing a pedal, which duly delivered engine oil to the working parts. Weather equipment was as basic as ever, with a simple hood, located by three hoops and secured to the top of the windscreen by press-studs. Perspex side screens, complete with sliding panels, were retained.

Morgan deemed that the brakes would only require modest enhancement. The front 11in discs, assisted by a Girling Powerstop servo (which was later abandoned), used 16P Girling callipers with greater resistance to fade than the 14P units used on the Plus 4, while the 9in rear drums were unchanged.

Similarly the rear axle was carried over, although the Salisbury 7HA unit now had a 3.58 ratio, the highest available, and a Power lock limited slip differential was fitted. Rear suspension was by the traditional five-leaf springs, although a stiffer six-leaf set was used for a time; Armstrong lever-arm dampers were retained.

The Plus 8 was capable of over 120mph, which was an impressive enough top speed then. But the really memorable aspect of the model was its acceleration, the result of a light, powerful V8 being installed in an equally light chassis. The first Plus 8s were able to reach 60mph in just 6 seconds, which was better than the MGC, Lotus Elan and Triumph TR5 - and even the E-type Jaguar.

There was no doubt that its performance was the key to the Plus 8's appeal, and Autocar praised its 'wonderful flexibility'. But there was a down side. Once at the wheel it was necessary to become acclimatized to steering 'from the elbows rather than with the finger tips'. The suspension was predictably unyielding, needless to say, and the ride was judged 'decisively uncomfortable over second class roads', despite well-padded seats.”

In the subsequent years since 1968, a great many improvements have been introduced - some of them only to be abandoned again soon after. Some other modifications have been enforced by safety and emissions legislation, and lately even two front airbags were listed as an option. But the distinct features the Plus 8 earned its reputation for remained - including impressive torque and pulling power, the characteristic sound2   of the V8's exhaust system, the lack of any reasonable weather protection, and the antique suspension allowing the expert driver to identify which side of a coin he just rolled over.